What Should You Check Before Buying WiFi Range Extender?

The speed of wifi range extender is another important fact that you need to check before buying your extender. You don’t need to bother to check the speed of your extender, just search on the brand’s official websites. In their websites, they declare the speed of the extender. 802.11ad is the latest wireless standard that can give you a terrible speed but I’m not sure that till now if any extender came with this feature. But this is not a problem, you can simply find an extender with 802.11ac which is the previous standard of ad technology and it can deliver an amazing speed.

Netgear is the most trusted brand in the networking sector. Nighthawk X4 is another incredible wifi range extender from Netgear. It’s a dual band wifi range extender. This is a powerful extender which comes with lots of cool features. The most important feature of this range extender is capable of delivering a great range with a really stable connection over your whole house. It has the capability to carry signals through many thick walls and sheer places which are known as the dead spots. Basically, this router can kill all the dead spots of your home where your existing wifi router can’t reach.

It has antennas that can deliver quality performance throughout the whole house or office. Range and speed of Nighthawk X4 are really impressive. The most amazing feature of Nighthawk X4 is the beamforming technology that is used by Netgear in this router to deliver the scarily fast speed. With this speed, you can stream even 4k videos and play high-quality games without any issue. The setup of this range extender is so simple that you can setup it by yourself. You just need to plug it within the range of your wifi router and it will start working. 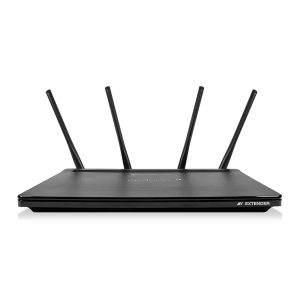 Amped Athena-EX AC2600 may be the most powerful and extreme wifi range extender from the company Amped. It is a dual-band wifi router with so many features which make this router really amazing. Athena-EX is the updated and latest version of its ancestor Amped Titan-EX. With its adjustable four external antennas, it can deliver a powerful range which may be enough to cover your whole house or office. Most interesting thing about these four antennas is that you can also remove the antennas. There are so many features in this range extender which makes this wifi range extender a bit pricey. It has four Gigabit LAN ports on the back of it which is good news for speed lovers. A high-speed USB 3.0 is used in this range extender. It has got an eye-catching design that can attract you. 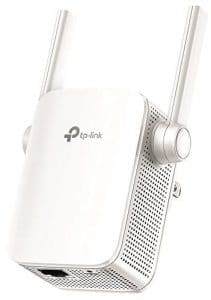 TP-Link is one of the best networking brands in the market right now and it’s popular too. TP-Link AC1200 wifi range extender is from TP-Link and it is their newest range extender. It has one 2.4GHz band and one 5GHz band which means it is a dual-band wifi range extender. It can kill all your dead spots from your house and can give you a strong connection wirelessly all over your house. You don’t need to think about the compatibility of this range extender with your existing wifi router as it works fine with any wifi router. By using its 5GHz band you can stream HD videos and play big games without any problem. It has smart LED indicators which will always show you the status of your connection and much more. It has android and ios apps which will allow you to manage the extender without touching it.