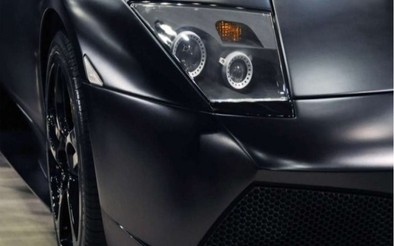 The first recorded “headlights” were oil (kerosene) lamps, and these were just to show other people, automobiles and carriages that they were there. Being a lamp, no illumination of the road was given. This then moved to an acetylene headlight, with the first electric headlight using a dynamo as the energy source.

With motoring having evolved to where it is in this day and age, good headlights on a car are not an optional extra or aesthetic addition – they are an absolute necessity.

For this reason, over the time span that cars have been around, many man hours have gone into the design of headlights – with illumination of the road ahead as well as safety for on-coming traffic being on the top of the design brief. With new bulb technology, the headlight has also changed shaped, becoming a major overall design feature on cars.

Things have changed from those first archaic attempts to light the way. Technology has improved and given car owners various options, with the latest technology being included as standard in some of the newer cars. As it stands at the moment, there are three types of headlight bulb available.

Of the three headlight bulb types available, these have been around the longest – since the1960s. They became mandatory to be used in cars because they produced more light using the same amount of power as the previously used traditional lighting for cars. They are still being used today in new cars – a testimony of their effectiveness.

They contain a reactive halogen chemical, which when used in a bulb is in the form of a gas. The bulb has a tungsten filament. The filament is housed in a capsule that is filled with the halogen gas.

The actual light comes from the burning filament, and the halogen routes the tungsten back to the filament when it is being used, effectively regenerating the filament. These types of bulbs produce bright white light.

High Intensity Discharge (HID) bulbs were invented by the Philips company. Unlike halogen bulbs, they do not use a burning filament to produce the light, but an arc of light between two electrodes in a xenon gas filled chamber. The arc is formed from ionized xenon that creates a current between the two electrodes. They give of a blueish light.

With these bulbs hid conversion kit you get a greater luminous efficacy, meaning that more of the light is in the visible spectrum as opposed to being lost to heat – in other words they are brighter than halogen lights. Secondly, because there is no filament to burn out, Xenon lights have a longer life span than halogen bulbs.

Because of the power needed to run these bulbs, they do require a power pack. Another disadvantage is that they produce a lot of glare to oncoming traffic, meaning that headlights fitted with these bulbs may need to be fitted with lens cleaning systems and automatic beam levelling control.

Light Emitting Diodes or LEDs have no wear-and-tear parts as found in other bulbs. This effectively means that they should last the lifetime of a car – with some manufacturers claiming a lifespan of 30, 000 hours.

The amount of energy needed to run them is minimal compared to the other two types of bulb. The intensity, or amount of light, given off is usually higher than even an HID bulb and most of them give off a crisp pure white light that has high degrees of contrast and is closer to daylight. This makes for a light that provides maximum illumination but with less glare to oncoming motorists.

Headlights and the bulbs that are in them have come a long way from the oil filled lamps that swung on the first automobiles. Back then there was only one option, but now, as pointed out above, we have a choice.

As further technological advances and inventions are made, expect that even more options for the most suitable bulb will be available in the future. The future of headlight bulbs is indeed bright.